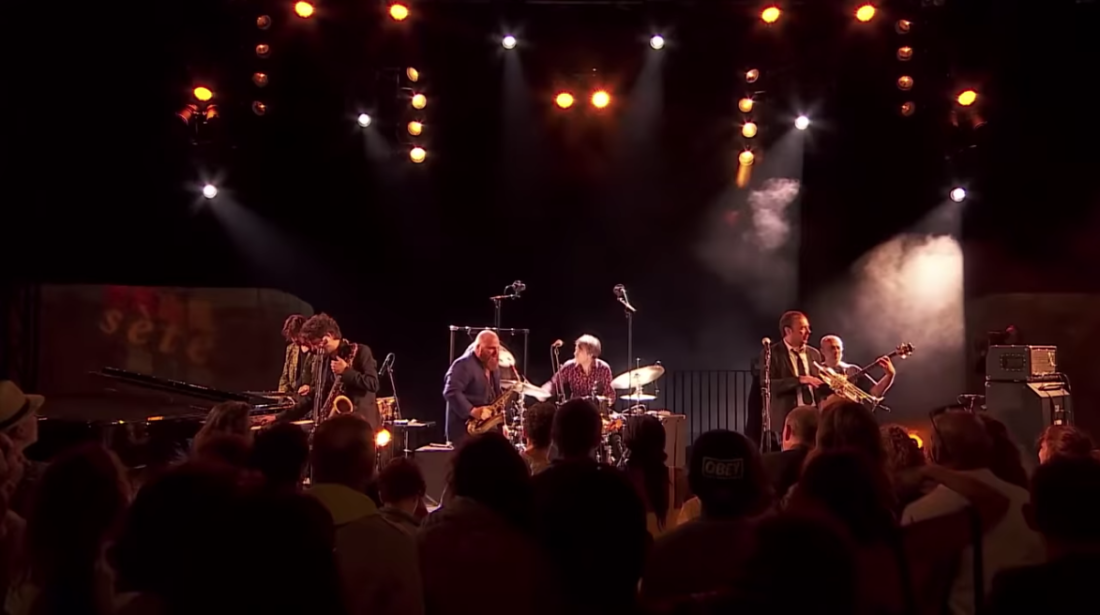 Supersonic is involved in another glorious recording session, right now

Six decades after Super-Sonic Jazz (1957) which for Sun Ra and his Arkestra launched an intriguingly prophetic return to the Saturn label (“Home! Home!”), saxophonist, singer and composer Thomas De Pourquery (aged 41 when on stage in July) still hears his message loud and clear. He proved it by naming his own sextet Supersonic (which also reflects the speed with which the recording took place), and above all with the famous Play Sun Ra, voted ‘Best Album of the Year’ at the 2014  Victoires du Jazz awards ceremony. The following summer, the strapping man from Bondy (where he was born in 1977) fully confirmed it at the closing of the Jazz à Vienne festival. Since then, Thomas De Pourquery has joined Magnetic Ensemble for an EP released in 2015, formed a pop duo on Naive Records with Maxime Delpierre, recorded Broadways (2016) with the Red Star Orchestra and written the soundtrack to the film The Law of the Jungle by Antonin Peretjatko (2016). And finally at the 2017 Victoires du Jazz awards ceremony, he was crowned ‘Artist of the Year’. One night, under a full moon, the music to Sons of Love (Label Bleu – 2017) came to him in a dream like a thunderbolt. Love lounges around and is then knocked about on this tenth album carried by the leader’s falsetto voice and alto sax, and sculpted by his five supersonic accomplices from the worlds of jazz (Megaoctet, Sacre du Tympan, ONJ), electro rock (Poni Hoax) and drum & bass (Big).